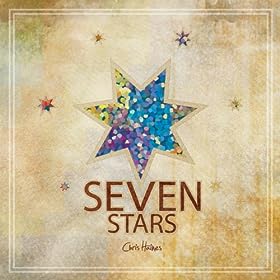 This is an album I have been anticipating for a long time, the first solo album from my good friend Chris Haines, a man gifted with the rare combination of being a great musician, singer, song-writer and theologian. Whilst Chris is also a worship leader and has written a number of excellent congregational songs, this is not your typical “me too” worship leader album in the style of Tim Hughes. Instead, I would describe this as a set of theological reflections on the gospel.

The opener and title track, “But God”, brings together ideas from Romans, Ephesians, and the parable of the prodigal son to describe the transformation that has taken place in our salvation. The chorus “You’re so rich in mercy” is a memorable one, and has stuck in my head the past week.

Track two, Glorious, has become a congregational favourite at King’s Community Church, and is one of my favourites on the album, a worship song focusing on the mystery of the cross. This is followed by Epignosis, probably the most beautiful melody on offer, an intimate worship song with some well crafted lyrics from Chris & co-writer Neil Cornish.

The mood shifts slightly for Troubled, a nice adaptation of Ira Sankey’s hymn “Able to deliver”. Track five is Amazed, and the first of two tracks that previously appeared on the King’s Community Church worship album “Magnify”. Amazed is probably the most successful congregational worship song Chris has written, but here he presents it in a fresh way, reimagining the harmony for the verse.

Track six is Search me, which was for me the best song on the Magnify album, featuring a great guitar solo. This time, Chris opts for a slightly gentler version of this lovely adaptation of Psalm 139, sadly lacking the solo, although the new arrangement fits well with the restrained mood of this album. Always good features rather melancholic sounding verses, before building to an uplifting chorus. God who sees is a gentle song, with a simple yet beautiful melody.

The final two tracks are also co-written with Neil Cornish, and feature some of the most interesting and creative lyrics of the album. The garden returns again to the theme of “but God”, exploring the gospel as a reverse of Adam & Eve’s expulsion from the garden of Eden. From my window is based on the warning of Proverbs 7 against the seductive charms of the adulterous woman. At first glance, this may seem a slightly strange way to end an album themed on the gospel, so it is fitting that the song finishes on a note of grace.

Though this is an independent release. the quality of musicianship, recording and production is very high throughout. The quality of Chris’ guitar playing shines through, and the subtle vocal harmonies add depth to the production. But this album offers a lot more than just a nice sound. With lyrics rich in grace and hope, listening is an edifying and uplifting experience.

Make sure you visit the But God album website allowing you to preview the tracks, peruse the lyrics and order your own physical or digital download copy. I am told that it will soon be available on iTunes and am already looking forward to see what Chris comes up with next.