This is the first in a series of posts on the book of Esther, which I am preparing to teach a summer seminar series on. I put them out here not as completed works, but as half-developed ideas seeking feedback. Please chip in with your own criticisms and additions in the comments. This first one is not to be taken too seriously, but I hope to follow up with a few more that explore various theological and practical issues raised by the book of Esther.

There are few stories in the Bible as suitable for movie adaptation as the book of Esther. It has all the elements of a good Hollywood movie – a tough non-conformist hero, a beautiful young heroine, an ego-centric murderous villain, and a foolish and easily manipulated ruler. There are several unexpected plot twists, a tense climax, and some comedy thrown in for good measure.

In fact, I got thinking about who the various characters in the book of Esther would be if they were in the “24” television series. Here’s my suggestions (although I still think I need to pick a better villain to be Haman). 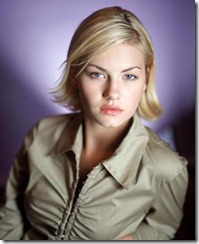 Mordecai is Jack Bauer – he’s fiercely loyal to the king (even if he is a bit of an idiot), but he always does what he believes is right, no matter what the consequences. He won’t take orders from fools either.

Esther is Kim Bauer. At first she seems to be in the story just for being beautiful and her relationship to the chief protagonist, but as the drama unfolds, we discover that, like it or not, she will have  a crucial role to play requiring courage and wisdom.

Ahaseurus (Xerxes) is President Charles Logan. He’s the most powerful ruler in the world, yet we find it hard to be impressed by him. A morally ambiguous man, easily manipulated, unable to make his own decisions without the aid of advisors.

Vashti is Sherry Palmer. Wife of the most powerful man alive, she is not content to just stand at his side and smile sweetly. She is her own woman, who does her own thing, and ends up being divorced as a result.

Haman is Jonas Hodges. He is a powerful and influential man, who knows how to manipulate the king to get what he wants. He has his own agenda and will stop at nothing to get it. In the end his pride becomes his downfall

Hegai is Aaron Pierce. On the staff in the palace, he’s not necessarily on anyone’s “side”, but he is honourable and reliable. Charged with the care of queens and princesses, he is made a eunuch to prevent him from overstepping his bounds (no affairs with the first lady for Hegai).

Harbona is Mike Novik – a trusted advisor who knows when to keep his mouth shut and when to speak and as such is able to maintain his own position and influence policy making.